Today almost all countries, including the richest ones, are trying to control their medical expenses. As an old member of the SIU encountering many urologists from developing countries, I frequently hear about the difficulties in providing health services to their countries. I have been through many changes in urology from the day I started my residency more than half century ago. The first cystoscope I used had a mini incandescent bulb at its tip. Then I saw the first fiber optic cystoscope, then the flexible fiberscope and then the miniscope with the camera at the tip. And now we have the “disposable ureteroscope” and “disposable cystoscope”. All these in less than a lifetime.

The population is increasing and also aging all over the world creating an increasing need for longer and more intensive treatments and also increasing the cost burden of health services. What was done with open surgery changed to laparoscopic surgery, and now robotic surgery is becoming the gold standard in many countries.

Development of new technologies is creating sometimes unrealistic expectations in many countries, even in low income countries. In our time some of the most modern communication possibilities are creating new “fantasies” in all people who can have a reach to them. In spite of these fantasies we have to be realistic and we need to separate fantasies from real life possibilities. Urologists operating in low-income countries rarely have access to certain equipment to perform some basic medical procedures that are routinely performed in the developed world. Developing countries, with their limited resources, are under tremendous pressure for providing such technically advanced medical services to their increasing populations.

Many equipment donations are provided to hospitals and clinics in these countries. Unfortunately, the WHO estimates that as much as three-quarters of all medical devices donated to the health services in the developing world start to malfunction because most of them are unsuitable. Either these facilities do not have the trained technicians for servicing them or some do not even have reliable electric or water services. These are the realities that raise the following questions:

These were the questions which I also asked myself which later became the basis of initiating the yearly meeting named SANTU (Symposium on Affordable New Technologies in Urology) more than a decade ago.

No doubt that there is a need for affordable health care for large populations having a very low income and low purchasing power. This is a bitter fact that should induce the creation of local medical device companies to develop and produce devices that are very cost effective, portable, and user-friendly, and also affordable to their health services that serve their low-income populations. My aim behind SANTU was mainly inducing creative minds to create such new devices and surgical techniques and technologies which will be affordable to the populations of low-income countries and help the millions of people to receive an acceptable level of treatment.

Mahatma Gandhi once said: "The difference between what we do and what we are capable of doing would suffice to solve most of the world’s problems." People like Gandhi teach us that we can do anything if we put our faith in our visions. Such visions may even help developed countries to reduce their health expenditures by seeing that not everything should be expensive to be good. Necessity is the mother of innovation. When Dr. Durga D. Gaur from India developed the extraperitoneal working space by inserting into the retroperitoneum a finger of a #8 surgical glove attached to a 14F Nelaton catheter and inflating it with 800-1000 ml saline, he was starting the revolution of extraperitoneal lap surgery. The cost of his invention was less than $1 USD.

When Dr. Fogarty invented his thrombus removal catheter what he used was a ureteric catheter to which he attached the tip of the pinky finger of a size 5 surgical latex glove, passed the balloon tip of the catheter besides the emboli, inflated the balloon to the size of the artery and retracted it together with the emboli. The cost? Probably less than one dollar in the 1960’s.

Can similar things get done today? Quite difficult if not impossible. The regulatory environment of developed countries became so arduous and costly that new devices are becoming unaffordable to the billions of people around the world who have to live on less than $1-4 USD a day. These are the people who may lose a limb or have to pass open surgical procedures because of the lack of affordable devices. Should a urologist working in such areas of the world dream of using a robot when large percentages of their population cannot receive adequate treatment because their health facilities do not have enough simple consumables like catheters, double-Js, or medications? No! Simple, inexpensive medical device technologies engineered for use in the developing world have the potential to save thousands of lives. We just have to think differently. As Albert Einstein said years ago : The problems that exist in the world today cannot be solved by the level of thinking that created them.

It is my hope that physicians, nurses, and all other health personnel will be taking an active role in the progress of healthcare innovation in their developing countries. This induced me to add to SANTU a yearly Best Affordable New Technologies in Urology Contest (BANTUC) in 2017.

The first four BANTUCs proved that such a contest could induce creative thinking. The contests received tens of very interesting applications from contestants living in various countries. Because of the high quality of most projects the jury had difficult time in scoring the best project and the front-runners.

Like the previous ones, this year BANTUC will also be open to everybody with an innovative idea for low-cost devices and technologies that can be used in urology. I personally think that innovations in low income countries should mainly be driven by people on the ground in the countries where they are needed. However, in addition to them, other creative minds from developed countries can also submit affordable urology related device projects developed for people who live many miles away from them.

This year also a 3 member jury will evaluate the ideas and decide which of the submitted technologies fit the goals of BANTUC-2022 and choose the best one who will receive a $2,500 USD check and a certificate. Additional prizes of $1,500 USD and $1,000 USD will be given to the ones chosen for the second and third places.

Send your bright device ideas that can help people in low-income countries to receive better care in their urogenital tract diseases. 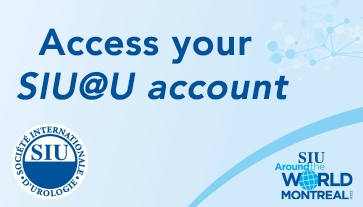