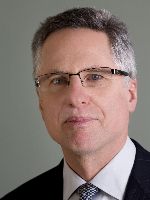 Dr. Carroll holds the Ken and Donna Derr-Chevron and Taube Family Distinguished Professorship in Urology. He is the winner of numerous awards including the coveted Barringer Medal. Dr. Carroll is committed to reducing the physical, psychological and monetary burden of prostate cancer treatment. He pioneered and remains a vocal advocate for standardizing an active surveillance regimen in patients with low-volume, early stage prostate cancer. 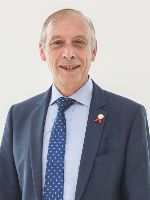 Dr. Patrick Coloby is Chief of the Department of Urology at René Dubos Hospital in Pontoise, France and annual secretary and member of the National Academy of Surgery.

Dr. Coloby received his medical degree from VI Sorbonne University in Paris and continued his education at the same university, specializing in urology. He completed a Foreign Research Fellowship from the Foundation for Promotion of Cancer Research, in Tokyo, Japan.

He has held multiple positions at Société Internationale d’Urologie (SIU) including Past President and Treasurer. He is a board member of the French Association of Urology and vice president of the Federation of Medical Specialities 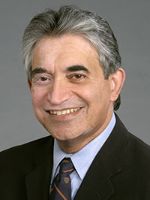 He has authored more than 350 peer-reviewed publications and several book chapters. He has edited four books, and currently serves on the editorial board of several journals. He is a visiting professor, nationally and internationally, as well as a conference participant and teacher. Dr. Badlani’s research lab has been funded by the NIH on the etiology of interstitial cystitis and regenerative medicine, and he has completed several trials for new minimally invasive treatments for benign prostate obstruction.

Dr. Badlani has a special interest in volunteer work in low- and middle-income countries. For his charitable efforts, he has received a number of awards, including the B.C. Roy Award from the President of India and Lifetime Achievement Award from the Endourology Society. 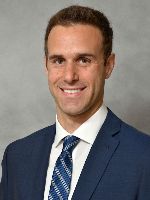 Dr. Michael Borofsky is an assistant professor of urology at the University of Minnesota Medical School. He completed his general surgical and urologic training at New York University Medical Center followed by a fellowship in Endourology and Stone Surgery at Indiana University Health Methodist Hospital under the mentorship of Dr. James Lingeman.

Dr. Borofsky’s primary research interest is in kidney stone pathogenesis; specifically, determining the etiology of renal papillary abnormalities in stone formers and identifying potential associations between abnormal endoscopic findings and metabolic pathophysiologies.  He has led numerous studies establishing mechanisms by which papillary abnormalities occur, the results of which have been foundational in developing an endoscopic classification system for this purpose.

He also has an interest in surgical technology and has conducted several studies testing new surgical instruments and systems for lithotripsy and percutaneous renal access. Lastly, he has an interest in applying mobile health technology to clinical practice, such as piloting the use of “smart” water bottles to increase fluid intake among kidney stone patients, as well as investigating the use of patient-reported outcome measures among kidney stone patients. Current efforts in this area include pioneering and widespread implementation of a mobile health application he helped develop to facilitate acquisition and interpretation of patient-reported health outcomes. 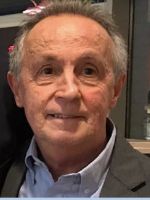 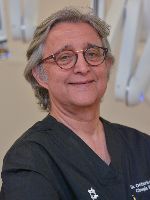 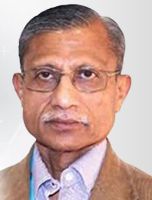 Dr. Guido Barbagli is the founder and director of the Center for Reconstructive Urethral Surgery and scientific director of the Centro Chirurgico Toscano Hospital in Arezzo, Italy. He currently holds the position of a limited-term professor at the Postgraduate School of Urology, Department of Urology, at the Vita-Salute San Raffaele University in Milan, Italy.

Dr Octavio Castillo is chairman of the Department of Urology, director and founder of the Center of Robotic Surgery at Clinica INDISA in Santiago, Chile.

He earned his medical degree from the Pontificia Universidad Católica de Chile (PUC) where he graduated with highest distinction. He completed his master’s degree in surgery and residency in Urology at the same university. He continued his education with a fellowship in Pediatric Urology at the Mayo Clinic in Rochester, Minnesota.

Dr Castillo has authored or co-authored more than 400 peer-reviewed papers and book chapters in national and international medical journals. He is a regular speaker on the topic of surgery laparoscopic and minimally invasive robotic surgery.

Dr. Prof. Ganesh Gopalakrishnan is a senior consultant urologist at Vedanayagam Hospital, a 100-bed specialised urological hospital in India. He retired from his alma mater, Christian Medical College (CMC) in 2008, as professor and head of the Department of Urology after 40 years of service.

Dr. Ganesh’s expertise lies in upper and lower urinary tract reconstructive surgery and he has dedicated this expertise to helping low-resource settings. He has trained local surgeons in urethroplasty techniques and operated on Somali refugee children with urological defects.

After the liberation of Kuwait in 1992, he trained local surgeons at the University of Kuwait and Mubarak Al-Kabeer Hospital to re-establish the renal transplant program. He initiated paediatric renal transplantation at Royal Hospital, Muscat, and urethral reconstructive surgery at Sultan Qaboos University in Oman.

Dr. Ganesh has also dedicated his career to research and pedagogy. In the 1980s he expanded the urology department at CMC Vellore and initiated endourological and lithotripsy services and helped many Indian institutions to also develop these services.

He has trained over 100 postgraduates and residents in urology and has published in leading urology journals. In 2006, in recognition of his dedication to research, teaching and training, he was awarded the B.C. Roy Medal by the President of India. 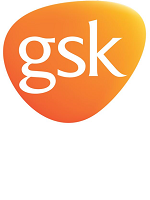 GlaxoSmithKline has been selected as the recipient of the SIU Distinguished Partner Award in recognition of their unwavering support of the SIU for over two decades. GlaxoSmithKline (GSK) Is a science-led global healthcare company on a mission to help people to do more, feel better, and live longer. GSK has three world-leading businesses that focus on research and development, and manufacturing of innovative pharmaceutical medicines, vaccines and consumer healthcare products. GSK´s commitment to urology research in benign prostatic hyperplasia has helped improve patients’ lives over the years.

GSK has been a long-standing supporter of the SIU’s International Congresses and educational activities, and  in collaboration with SIU, launched several innovative programmes in urology. In 2015, GSK was the first to host a session on SIU’s hybrid platform, [email protected], in Melbourne. GSK has also supported SIU’s innovation in research, helping to establish a pilot study on the Feasibility and Acceptability of a Mobile Application for Men with LUTS/BPH through SIU’s Office of Research, uCARE.

It is a vital piece of SIU’s mission to prioritize the education and training of urologists and trainee so that we can provide adequate support for their professional growth and development. As such, SIU’s Office of Education is constantly looking for new tools and programmes to better meet our members’ educational needs.

We are set to accomplish this in a variety of ways and invite you to complete any needs assessment questionnaire relevant to your role and interests. These needs assessments are crucial in ensuring that SIU programming meets the educational needs of trainees and urologists in your region.

We thank you in advance for your help with this truly important endeavour. All feedback will be vital for content planning and development!